Send an email to with:

For more than 50 years, Historically Black Colleges and Universities (HBCUs) across the United States have developed a tradition of providing a gathering space for the National Pan-Hellenic Council or NPHC.

With its recently unveiled NPHC Plots and Garden project, Appalachian is among a very few predominately white institutions (PWIs) that also pay tribute to the legacy of African-American Greek Life.

What are the Plots?

Like many Black Greek-letter organization traditions, the development of plots can be traced to the days of slavery, and later, the division of Confederate land after the end of the Civil War for homestead development. Plots are constructed to symbolically and physically represent each Black Greek-letter organization's presence on campus and to give alumni and current members a location for reflection and celebration.

The Plots and Garden were completed in September 2018. They create a positive environment for National Pan-Hellenic Council organizations to unite in efforts to promote their fraternities and sororities, while educating studenta bout the history of these diverse organizations.

History of NPHC Plots at Appalachian

Students, staff and NPHC alumni advocated for this project at Appalachian for nearly 10 years before construction started. Its creation began as a joint effort with the members of the NPHC and Student Government Association (SGA) in 2007.

NPHC presented the idea of plots to SGA, which proceeded with legislation named SB 040-024-Resolution of Support: Creation of Greek Plots. The Senate bil supported the creation of Greek plots in hopes to inspire student interest and recognition of the organizations housed under NPHC at Appalachian. Both organizations advocated to university administration to advance the project.

When Chancellor Everts arrived in 2014, student, faculty and staff brought the idea to her attention and she was immediately supportive. Students and staff began working together to research how other campuses have developed, designed and funded their NPHC plots.

The project gained significant momentum in 2017-18. In June 2017, students and staff presented their findings, along with a conceptual design, to Appalachian's Board of Trustees. At Homecoming in September 2017, Chancellor Everts dedicated space for the project as two students— Jaelyn Felder, President of the NPHC at Appalachian, and Malik Hargrave, chair of the Chancellor's Student Advisory Board for Diversity Recruitment— unveiled a conceptual design by Benesch Architecture with support from Chancellor Everts and the Board of Trustees. Crews began construction in June 2018 and a ribbon cutting was held Sept. 29, 2018, during homecoming activities. See photos from the ribbon cutting.

Where are the Plots and Garden located?

The NPHC Plots and Garden are located next to the Veterans Memorial in front of I.G. Greer Hall, near the B.B. Dougherty Administration Building, Roess Dining Hall and the Steam Plant.

How was the project funded?

You can still support this project!
The Plots and Garden are finished, but fundraising efforts continue for The Divine Nine Leadership Development Endowment. This newly created fund, which derived from the Plots and Garden project, will provide grants and awards to students within NPHC. Give now. 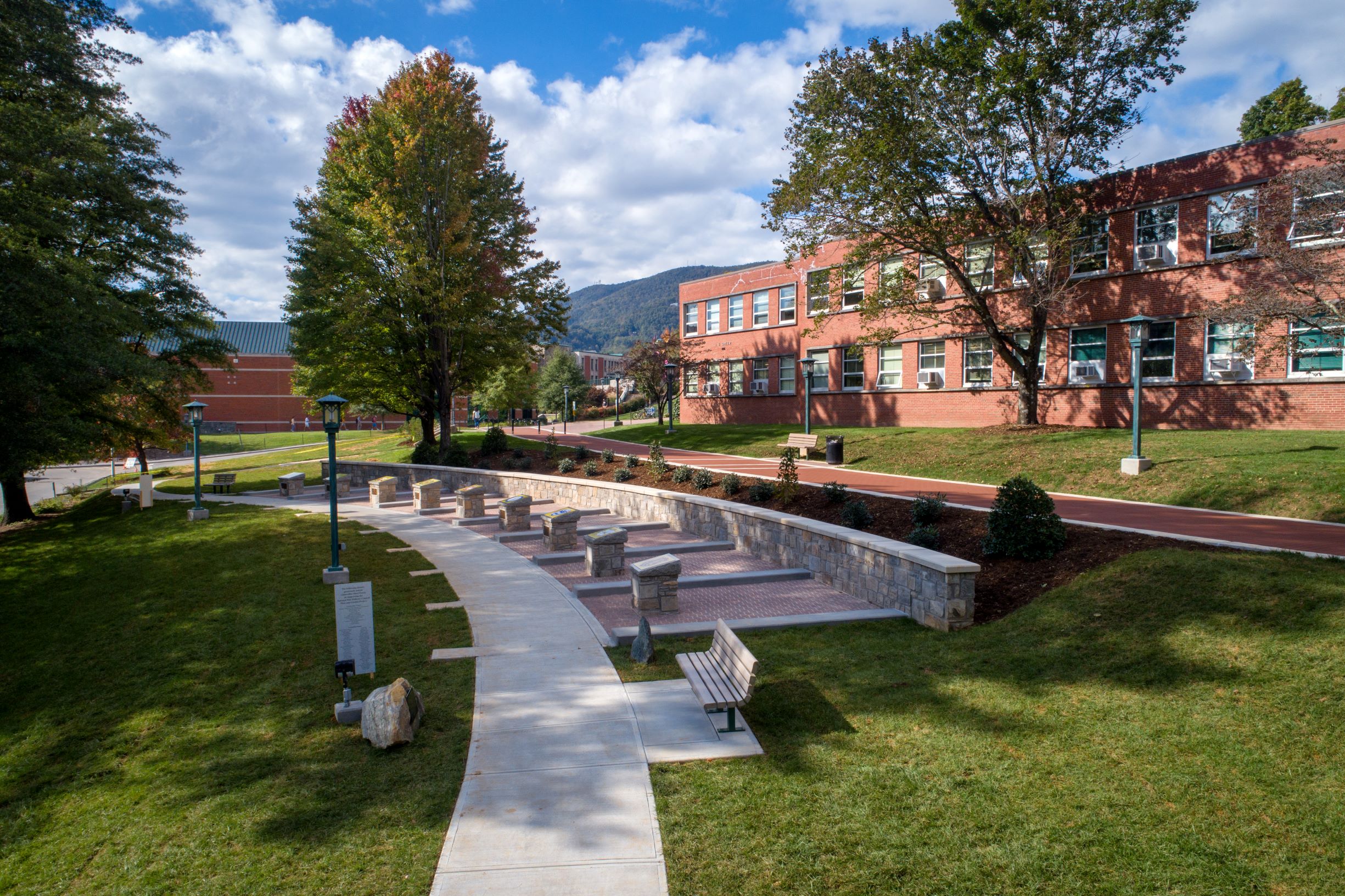